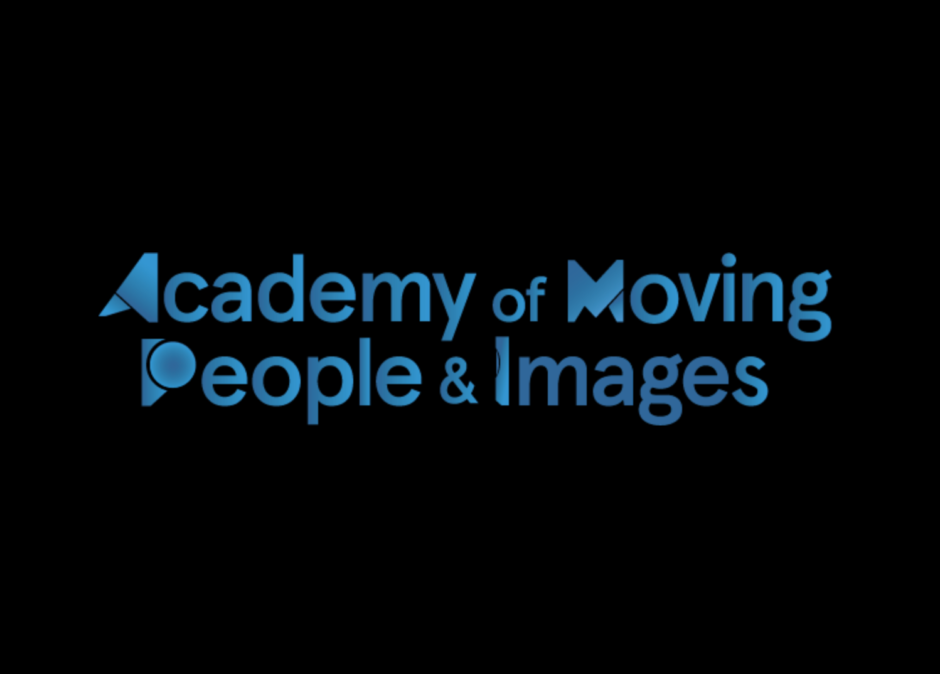 Academy of Moving People and Images (AMPI) provides hands-on one-year courses for future filmmakers. It is based in Helsinki and aimed for mobile people and people from minority communities. People at AMPI work for a more representative and less hierarchic film industry. AMPI students have also made some very interesting graduation shorts, some of which you can watch online too.

We wanted to know what it’s like to study at AMPI, but since there are so many interesting future filmmakers to talk to, we ended up doing a group interview. Everyone asked a fellow participant a question, and answered a question asked by someone else. First question was asked by Iida Valme, and here it goes:

What attracted you to AMPI?

I liked the emphasis on community and working together. Film appeals to me in part because it draws on many people, many roles, many creative sensibilities. AMPI also offered a way to learn outside of a traditional educational structure. AMPI’s emphasis wasn’t just about achieving what we wanted as individuals, but learning from each other and using our different perspectives and experiences to support each other creatively.

Libbie Katsev (b. 1995, California) was born in the U.S. in a Russian-Jewish family. She has been using writing and comics to explore her heritage as well as themes of memory, space and place, and sound. Libbie previously lived for a time in Moscow, where she researched street music. She moved to Helsinki to pursue an M.A. in Russian Studies.

How does your work as a performer and with the body inform you as a screenwriter and director?

It has been a slow realisation for me that screenwriting can also be an embodied experience. I approach scriptwriting first physically. I enact scenes, say aloud the dialogues of the characters to get a sense of who they are, also as a way to fine-tune the tone, register, poetics, and temperament of characters sensibilities in the film. This act of sifting through scenes until the story forms had been a dance. That’s probably why I only have 5 versions of my script. Also on a side note, I have been noticing the aesthetics of cinematography. Visual language being one, the interaction with camera equipment has been the other. I am inspired by the performativity of it all. Speaking of directing I wish to keep this choreographic ethos.

Vishnu Vardhani RAJAN (born and raised in Hyderabad, India) is a Body-Philosopher and Performance Artist based in Helsinki. A hyphenated identity, multidisciplinary practices, building connections between art, science, witchcraft, history and cultures define their work. Vishnu intends to blend their love of Cinema, passion for film making with their ongoing practices, to achieve a new language in storytelling.

Sanjay, You are interested in acting yourself, and also expressed that you don’t want to have idealised and nostalgic versions of actors… I have a two-part question for you:

Do you notice there being a ‘universal code’ in ‘acting-language’ across continents, and would you like to share your two top tips in directing actors ?

Everything started with stories. Back then, stories came through old radio, every evening. Then, TV came. It all started with Terminator 2 and Jurassic Park. Since then, curiosity changed into passion. Now, the whole idea is to learn that much so at least I can be part of the film making crew. I am an amateur writer and filmmaker, so my interest in acting came from the love of cinema.

I believe cinema can make you feel. So if an actor can make you feel a certain emotion which character feels in story, which often happens to me even watching foreign movie without subtitle, so I think that is something universal to me.

Since I am just beginning to learn about filmmaking I don’t have any note on my two top tips for directing actors, but I would love to let them be them whoever they want to be while playing my character, and I guess learn from each other.

Sanjay Shrestha (b.1993, Nepal) moved to Finland in 2012 as a Hospitality Management Student. He is an amateur screenwriter and Filmmaker aiming at establishing a professional career. Since his Childhood, watching movies has remained his main hobby. This interest has turned into curiosity, and the art of filmmaking has drawn his attention quite strongly to be an aspiring screenwriter and filmmaker.

How Ampi is helping you to grow as a filmmaker?

Before Ampi I started to learn by doing: I directed a couple of short plays with Finn Brit Players and also my very first short films with Kino Euphoria. As a beginner at that time, I was a bit scared and I needed to follow a lot my intuition since I didn´t know much about directing by then. I learnt also by doing some mistakes, that taught me a lot.

Now in Ampi, we have had the guidance from the different lecturers and their different points of view and perspectives through all the process of writing our scripts and their classes about directing, acting, sound, scriptwriting, film theory, cinematography and editing. It has been a really rich time to feed my brain and conceptualized the whole process of filmmaking and learn by the hand of professionals in the field. Although the covid has made us have online classes, sometimes it was easy to feel the passion from the lecturers going through the pixels of the screen arriving in our homes. I really appreciate their help and time spent in us and I hope to meet them all in person one day very soon.

Támara Aalto
Half Spanish – half Finn making films about people trying to find themselves in a society where they don´t fit in. Favourite topics: breaking stereotypes, feminism and identity.

What are your goals after pursuing the studies here?

I would of course want to realize my short film ideas and concepts that I keep a list of, and would love to be part of my colleagues’ next projects. That said, I am still finding out in what crew roles I can best fulfill my potential.

For me personally, in the art and theory practice which is my background, there has been a lot of working in the unknown, working mostly individually and fear of not having any result. I am becoming more drawn to projects with more clear goals and those goals do not have to be necessarily mine from the start. Maybe that is why I have also become interested in the creative capability of applied forms of films, such as music videos and commercials (with a critical look at what is and by whom being advertised) and have been applying for internships and jobs in some of Helsinki’s creative agencies.

Samra Šabanović (b. 1992, Bosnia and Herzegovina) is a visual artist with a Master degree in Visual Cultures, Curating and Contemporary Art. Samra has been mostly working with photography and combining it with text, video and performative narrative. Her interests oscillate between philosophy in photography and politics: the right to be, human dignity, both love and inaccessibility in images.

How does where you live influence what and how you create/write?

I believe both my home country and the places where I have lived influence my works. Before I left Bulgaria I always tried to recreate a reality as far away from mine as possible because that is what I saw on modern media. We are overexposed to Hollywood tropes to a point that makes us no longer believe that our own reality is worth showing. After I moved away I realized that every place has its own uniqueness and I wish to represent the local world in my productions.

Nadezhda Atanasova (b. 1997 in Plovdiv, Bulgaria) currently based in Helsinki has a passion for fiction, cinema and storytelling. After taking part in student and amateur theatres she has chosen to devote herself to cinema and film production.

How is the AMPI experience different to the one you have had studying art in other universities?

I feel like there’s an attempt to break down hierarchies at AMPI compared to the other institutions I’ve studied at. Of course in any form of education there is a passing of knowledge that automatically creates some type of power dynamic but the way AMPI functions feels at least at a break away from the very rigid structures of a ‘normal’ university. The collaborative element of the academy also adds to this, you’re immediately put in a position where you will be involved and invested in your classmates work, this definitely doesn’t happen at art school and in my experience it’s something that doesn’t happen as often as you’d imagine at these universities. It’s so nice to be part of the process with everyone from the beginning and see how their scripts and work grows and changes and know that you’ll be there with them in every stage of the process until the exhibition.

Shia Conlon is a lens-based artist originally from Ireland, now living and working in Helsinki, Finland. His work explores power structures that might oppress a body such as religion, gender, the family, the state, and class. Working with his own history growing up in Catholic Ireland he explore questions like what happens to a body under these structures and what could power look like if it was located back to these bodies.

What are the things that motivate and inspire you to create?

I believe my lived experience is an important resource to create and express my perspective on different matters. What I feel, what I see, hear and touch all are a passage to inspire me. However, my motivation’s resources are not merely relying on me but also on collective experience. A moment of discovering a genuine shared feeling with others is valuable and sometimes rare; when I find myself in that moment, I would be filled with creativity and inspiration.

Imaneh Ameli (b. 1984, Iran) is a communication specialist based in Helsinki. She came to Finland four and a half years ago to study her second Master’s degree in Global Sociology at Tampere University. She holds another Masters degree in Communication Science from Tehran University. She cares about equality in the society in an intersectional way and wants to reflect on the current, complicated socio-political atmosphere (intersection of gender, race, sexual orientation, class and environment) in her future movies in an artistic way.

How do your personal stories affect your style of filmmaking?

Immensely. My whole perception of the world is shaped by my personal stories, or stories close to my heart. They drive my passion, and guide me to the topics that I wish to explore, including diaspora, coming of age, Blackness in all it’s beauty, LGBTQI+ themes, etc. My personal stories also drive my curiosity to explore different styles of storytelling and filmmaking.

Iida Valme (b.1999, Boston, MA) comes from a Haitian and Finnish background, has grown up in the U.S., Estonia, Chile, Finland, and Kenya before going to study Kinesiology in McGill University in Montréal. She returned to Finland to pursue her passion in filmmaking and production, as well as to “re-root herself”. Growing up, mobility has always been a part of her life due to her parents’ professions, as well as her own multicultural heritage. 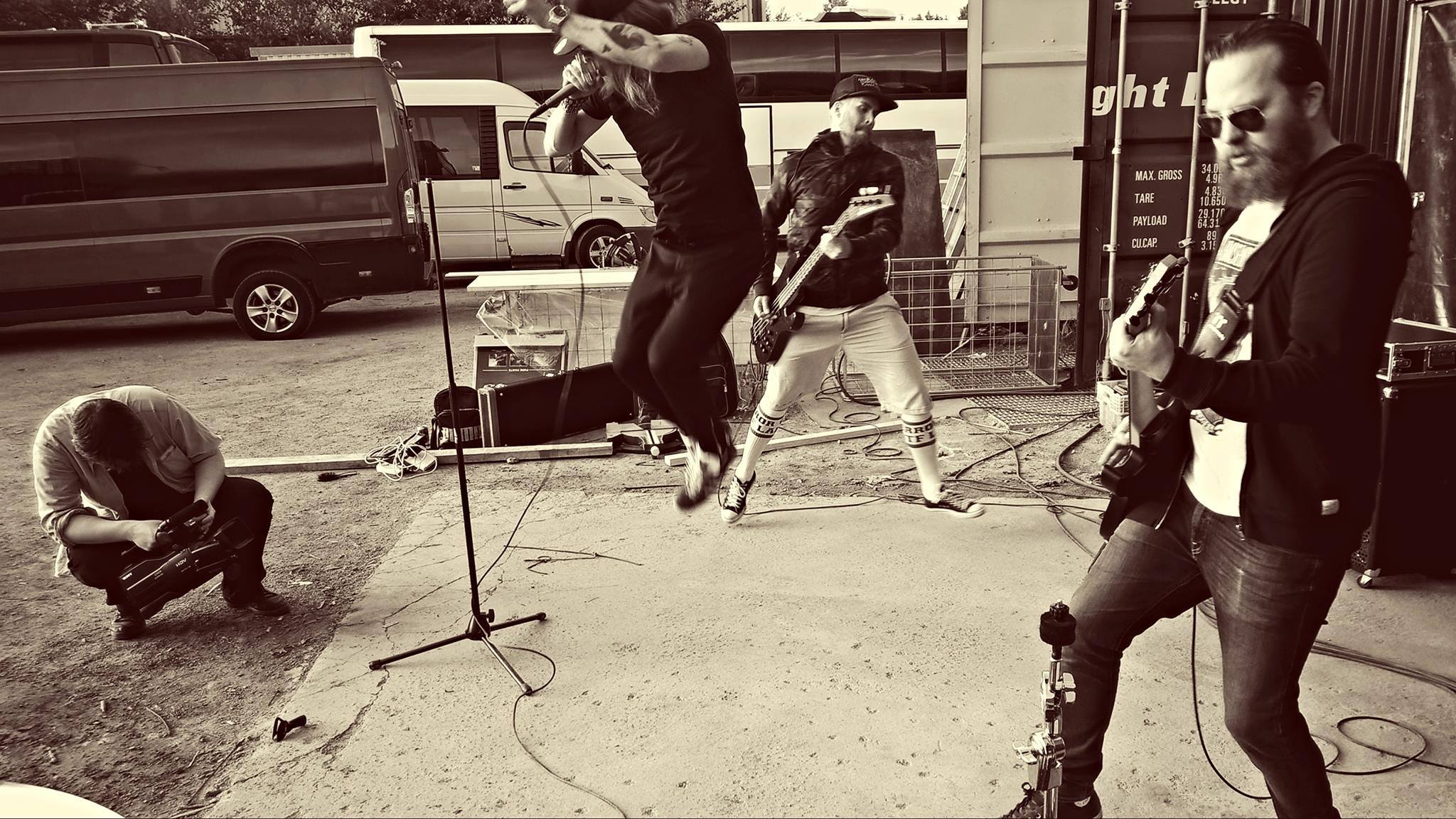 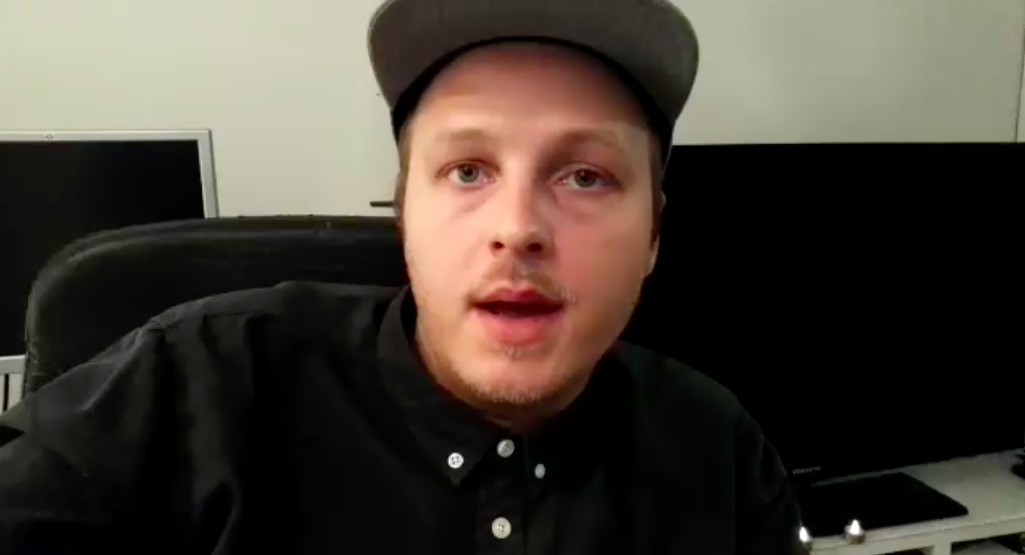 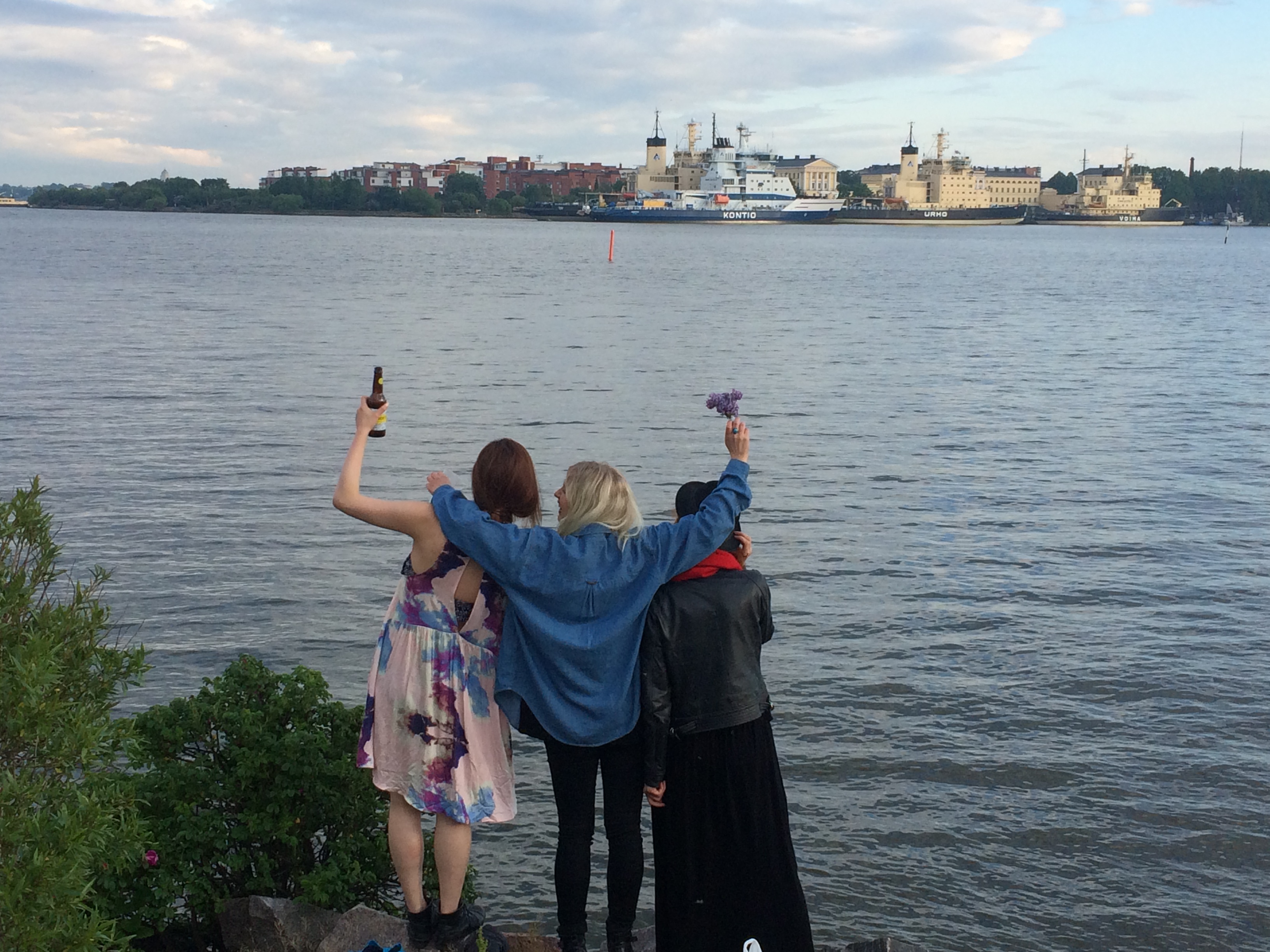 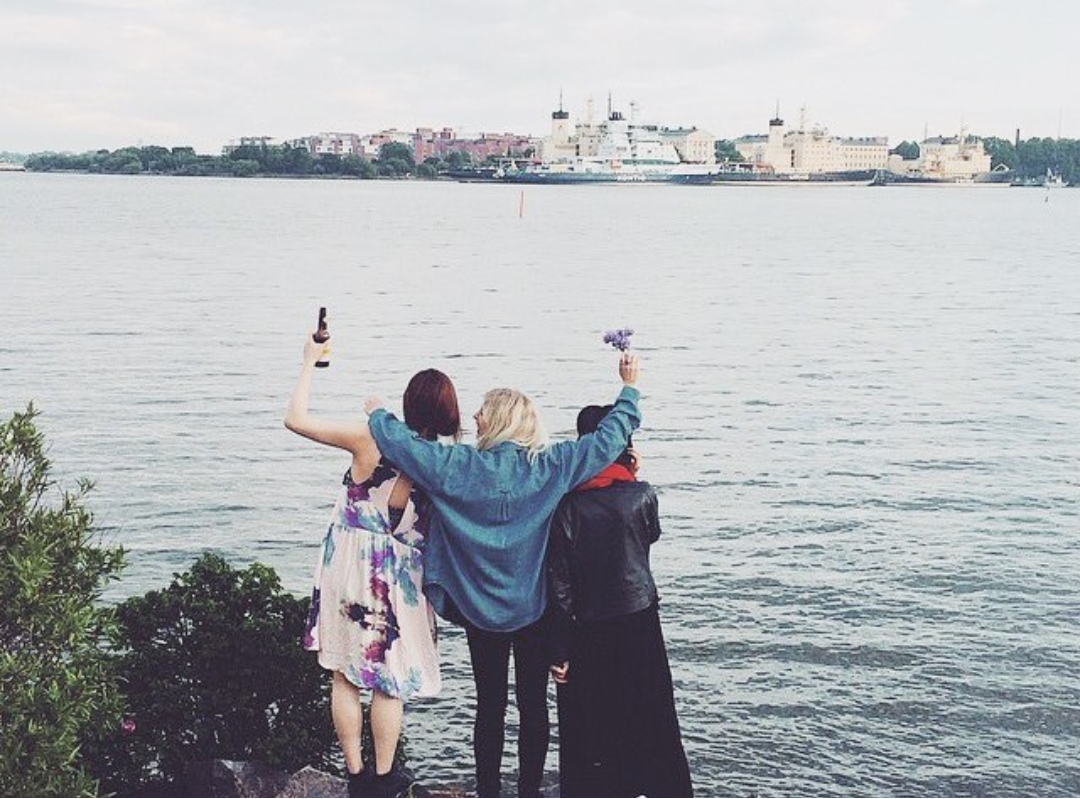